As written for 401kWire.com, the insiders’ edge for defined contribution executives!
An InvestmentWires’ Publication – Wednesday, July 27, 2022

A new partnership has formed between a Southwesternretirement plan managed account and advice firm and a financial education content provider based in San Diego, California. The folks at Reno, Nevada-based GuidedChoice recently joined forces with Financial Fitness Group (FFG) to improveGuidedChoice’s 3Nickels financial wellness app. The app has both free and premium advice versions available to participants. 3Nickels’ free version went live last September, the advice version went live this March, and improvements are slated to be made on a rolling basis, with the next update — an integration component between GuidedChoice and FFG — coming next month.

Joe Saari, founder, and chairman of FFG, tells 401k Wire that initial meetings between the companies happened at the November 2021 Spark Forum. From there, the groups decided to team up on addenda and improvements to the 3Nickels app. “The idea of the app is to [have] personal, financial advice in your pocket,” Saari explains. “What Financial Fitness Group can help with is instant, unbiased answers to your common questions about money.” Investments aren’t the only financial topics the app is meant to help with. Saari notes that budgeting, major purchases, leasing and rentals, and homeownership are included in 3Nickels’educational materials and calculators.

GuidedChoice founder and CEO Sherrie Grabot tells 401k Wire, “We love our tools that give people the baseline to be able to understand what the inputs are, what the output is, and how to actually execute on it.” Grabot adds, “In September, we’ll be launching a six-week camp that allows people to get the very basics and understanding of financial terminology as well as the ability to understand the app and how it works, both the free version and the advice version.”

Saari notes that participants have access to live advisors in the app’s premium version, which costs $14.99 per month. With a sizable amount of state legislatures taking on financial literacy in their policy goals, Grabot says that this is a prime time for reaching young savers through materials aimed at high schoolers about to enter higher education or the workforce. However, Grabot notes that for those who have already graduated high school but are still interested in learning financial literacy skills, 3Nickels can be a useful supporting tool. “If you’ve already graduated high school, we don’t want you left behind!” As for what size audience the teams hope to reach with this app, Saari says, “Ultimately, I’d say that there is a desire that hundreds of thousands — if not millions of people — would leverage the full platform.”

“Nine out of ten Americans say they need and want more financial guidance, they need more education, they need help,” heads. “This is a way to really make it accessible,” Grabot notes that for low-net-worth participants, financial advice is rarely offered in meaningful terms and advisors don’t usually go out of their way to work with lower incomes. Saari notes similarly that because advisors tend to be stretched thin in the amount of clients they take on, automated and free advice such as that provided through the 3Nickels app may fill a gap founder served participants.

“For most advisors who work currently with GuidedChoice on the retirement plan side,” Grabot says, “what we’re doing with technology is enabling them to have a high-touch approach with lower-income or lower-wealth constituents where maybe they wouldn’t have the time or the capacity to help those individuals. Using GuidedChoice, they do.” FFG and GuidedChoice were founded one year apart, in 1998 and1999, respectively.

Why Health and Finances Go Hand in Hand 

7 New ESG Courses Are In Our Investing Classroom

The key to Financial Fitness starts with the basics. Where do you rank?

Take our Mock Checkup to get your Financial Fitness SCORE™! 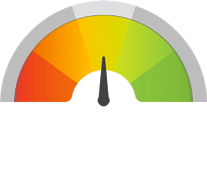 This site uses functional cookies and external scripts to improve your experience.

My settings
× Review and Confirm Your Order

I'm sorry, there was an issue.

Your cart is empty.

NOTE: These settings will only apply to the browser and device you are currently using.